Iceland in a nutshell

Here are a few more photos from our vacation.  On the way back from Copenhagen, we spent four days in Iceland. What a fascinating country! The photos above are the north & northwest corners of Reykjavik from the church steeple.

The Hallgrimskirkja church is in the middle of the city.  There are lots of tourist shopping and places to eat nearby. Of course we had to do a little shopping.  Hand knit Icelandic sweaters are everywhere!  I bought one that was made by Olga.  I can’t wait for cooler weather so that I can wear it.

We took a day to drive the Golden Circle, which included Geysir & the Strokkur geyser (above), Gullfoss Falls (below) and the Thingvellir National Park. 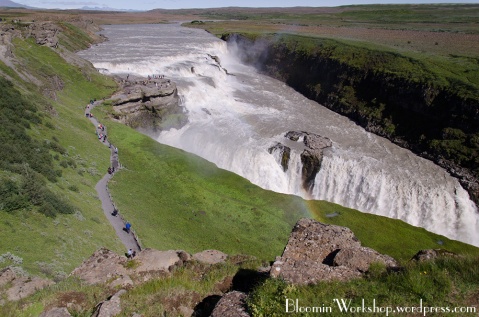 The falls were huge!  And cold and blustery!  But we were so lucky to have sunny weather the entire time.

The Thingvellir National Park is where the American & Eurasian Tectonic Plates meet.  Apparently the plates are separating about one inch every year.

There are a few more photos over on my Instagram feed.  We also visited the Blue Lagoon geothermal spa and took a Puffin tour.  It’s hard to see the Puffins. They are so little compared to the seagulls.  But they are so cute!  We definitely want to go back to Iceland in the winter for the Northern lights. And I’m still dying to see a sheep farm.  Not that I haven’t ever seen any sheep. But with all that wool…  I don’t know.  The sheep are cool. 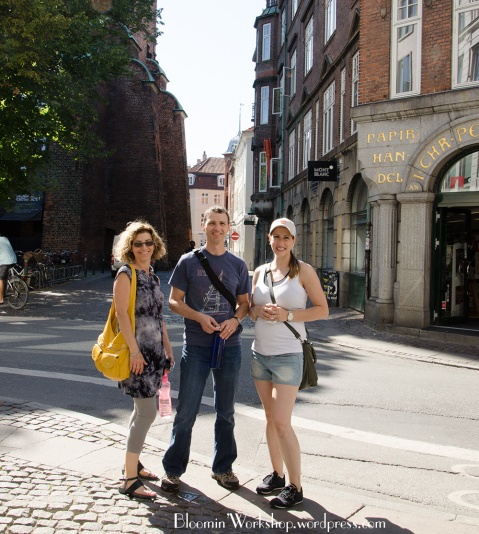 I’m still trying to return to my own time zone and embrace our usual routine. But it is hard. I always have a hard time going home.

Gary, his sister and I decided that we needed to make a trip to Copenhagen where his niece, husband and daughter are living.  We had no idea that it was going to be in the middle of a heat wave!  Most days were plus or minus 80 degrees. Which doesn’t sound all that bad. But there is something about the sun on the cobblestone & brick buildings. It was warm.  There isn’t much air conditioning to speak of either. Normally, they don’t need it. Like Seattle, it is generally a cool & mild climate.  We even slept with the door & window open in our hotel room to try and get a cool breeze through it at night.  Despite the heat, I loved Copenhagen.  The healthy food, the bicycling and the walking are what I wish our lifestyle could be like at home.  But alas, our country is stuck on junk food, cars, and a more sedentary lifestyle. Sigh. 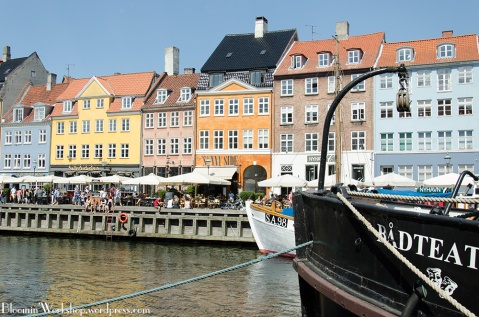 Of course, we had to see many of the usual touristy things.  Nyhavn canal was hot & filled with tourists. But the colorful buildings are to die for!

We bought 3-day Metro passes in the beginning that could be used on the trains & buses. When they expired we rented bikes for a day and rode everywhere!  There are a few more photos on my Instagram feed. 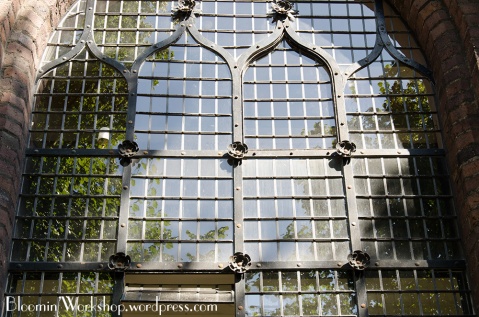 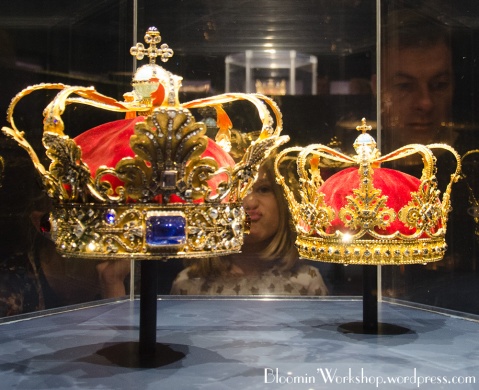 These were just a few of the photos we took.  Gary took many of the photos in Copenhagen. And I only took a few.  It was too hot to carry the DSLR and I ended up using my iPhone more often.  Plus, we were on the go most of the time and I am more of a rambling tourist. I like to stop and savor, take in the details and try to feel the culture.

On the way home we stopped in Iceland. Since we would have normally flown over it to get to Copenhagen, we decided to take the opportunity to visit. More photos to come.

Ahem, while I’ve been away…

Please pardon me while I try to re-enter life after returning from vacation.

We visited some family in Copenhagen and then took a detour through Iceland on the way home.  More photos coming soon.  The above photo is Copenhagen along the lakes in the center of the city. 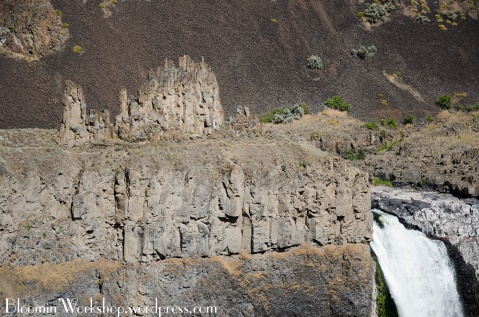 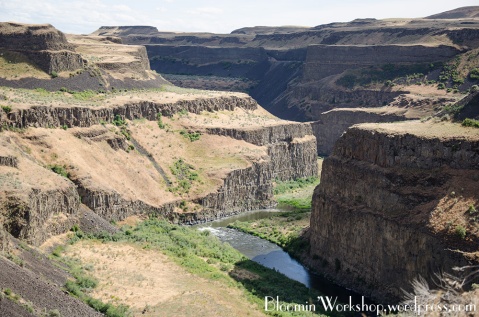 We went camping over the weekend with some friends.  One stop along the way was at Palouse Falls where we had the privilege of meeting up with a rattle snake. I didn’t see it but heard it.  My husband actually saw it.  We all got away safe and sound. Even the snake. But it sure makes me more aware of nature. And I’m glad we didn’t have a more intimate encounter!

My sewing is suffering.  I can’t seem to settle on one thing and finish it. Which doesn’t leave much to blog about.  Do any of you have questions or things you would like me to talk about?  Maybe that will help me get back on track. Ha. Or maybe not. The summer seems to be passing me by and I can’t catch up!

Land that I love

~ A few more photos from our trip.
~ We drove through a lot of rain in South Dakota.
~ It rained in Iowa too.
~ We learned about a radar app for the iPhone that showed the weather we were driving through.
~ We scanned over 1000 slides between my dad’s & my mom’s. (We used this scanner for slides & film)
~ Gary & my brother helped my dad trim some dead branches off one of his trees & split some huge logs he had cut down a couple of years ago.
~ I think I am obsessed with clouds.
~ This might be due to the fact that 90% of the clouds in the Pacific Northwest are a flat marine layer.
~ I love road trips but hate sitting in the car.
~ Knitting keeps me occupied.
~ Except when I knit the pattern wrong & have to knit it three times to get it right.

You are currently browsing the Traveling Pants category at Bloomin' Workshop.